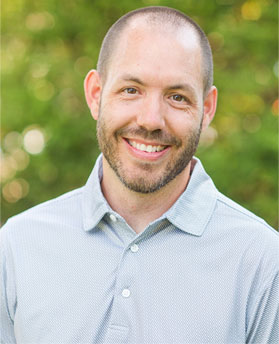 In 2002, a good friend of mine began training as an Osteopath in Canada. His work was always intriguing to me, particularly when he spoke about the organs and how they played a role in the body’s pain and in the emotions of the body. My understanding of the body up until that point was to view it as a “biological machine.” A machine that was composed of individual, isolated parts.

Fast forward about 5 years until the birth of our first daughter. My wife and I had the baby in the hospital and it went generally okay as far as hospital births go. I watched the Dr. catch my baby and I got to cut the cord. However, my wife wanted something better. She didn’t like the intrusive nature of the hospital and she told me that she was thinking of a home birth for the next one. I thought she was crazy and that this idea would go away. It didn’t.

With our next child the experience was night and day difference. The baby was born at home, in our bedroom, in a heated pool that was designed for the purpose. I was also much more involved with the birth. I watched the midwife do her work, I helped (I’m not sure that it was actually “helping”) the midwife catch my son, and saw the difference that was made by a natural, wholistic approach. In the hospital, my wife would have been a good candidate for a C-section because the labor was “not progressing.” However, a little patience combined with the skill of the midwife meant that in a short while, we had a safe, natural birth and both mom and my son were doing just fine.

Over the next 12 years, we had 4 more births at home. Each time I learned a bit more and got involved a bit more until I was so actively involved that the midwife only got involved after the baby was already born. I did the delivery and she took care of the weighing, length, scores, and the general check ups. I loved that work and there was a fleeting thought in my mind that I would like to be a midwife. Yes, that actually is a thing. It’s called a male midwife. However, that thought didn’t last very long. It didn’t seem practical to me.

Back to that Canadian Osteopath. My wife wanted to see him again. However, he was in Buffalo, NY and we were in Tulsa, OK. Traveling was an option but not so practical. So she asked if he knew of anyone who did this sort of work in/near Tulsa. That’s when we met Leigh Ankrum. She had attended the same training and was practicing here in Tulsa. My wife went to visit Leigh and was quite happy with the work that was done. I saw the practical results of the work and was particularly intrigued by the freedom of her practice. Within a few boundaries, the client and Leigh were free to pursue health as seemed best to them. They were not restrained by bureaucracy and insurance companies. I liked that.

In June of 2016, my wife and I were on our way out of town for our 17th anniversary. We were planning on a couple of days in Branson, MO. During our drive, she told me that Leigh was opening up a school and that the introductory meeting was happening that same weekend. My wife wanted to go but our anniversary plans were in the way. Oh well, maybe next time.

That conversation changed everything. After years of thinking “that’s not practical for me,” the opportunity to change the course of my career had not just presented itself but it had virtually slapped me in the face. Instead of thinking “that’s not practical” I was struck with the fact that this time it was practical, possible and the opportunity was looking me right in the face. So, we canceled our plans, turned the car around, and headed back to Tulsa for that introductory session. That session confirmed what I already knew, I had to attend the Ankrum Institute.

Unless attending 6 births counted, I didn’t have a medical background. That was both a blessing and a curse. It was a curse because I had an uphill battle learning all of the medical terminology and the anatomy. But it was a blessing because I didn’t have to unlearn a different way of thinking. There were times that I felt completely overwhelmed by the information that I was receiving and there were hours and hours of study time in between.

In school I learned 3 ways of working with the body. The first has to do with the mechanical aspects of the body – muscles, bones, and ligaments. I learned that there are different fascial chains in the body and the importance of working the system as a whole. For example, a C-section scar can place tension on the front line of the body. That tension can go up to the neck and pull the head forward. With a forward head posture, the back of the neck often is the part that hurts. So when a client complains of neck tension, has a forward head posture and has a history that involves a C-section, working with the scar tissue is the obvious place to start. Many times, there is tremendous relief from that work.

The second has to do with the organs in the body. I learned that 65-80% of the pain in the body comes from organs that are not functioning properly. You see, our organs themselves do not usually hurt; they express their tension by tightening up the muscles and bones around them. For example, many people complain of lower back pain. Did you know that the small intestine has its attachment point in the lumbars of the lower back? When the small intestine is not working properly, it’s going to put tension on the low back and will often cause pain there. Taking off that tension not only helps with the back pain but clients often report that their food is going through so much better and that they feel so much more comfortable in that area.

The third system that I learned had to do with the cranial system. This is the most challenging work but also the most rewarding. A very common occurrence is when someone comes to me and I perceive that their “fight or flight” system is turned on. How do I know that? They have trouble falling asleep at night, their muscles are always hard and turned on, they have increased pain sensitivity, they are often constipated, and they feel like they can’t relax. For some reason, their brain has tension on it and the autonomic systems have been turned on and can’t turn off. They feel like they are always to prepared to run away or to fight someone. This is part of the cranial work that I do.

These three disciplines allow me to look at the person as a whole. We are not simply a composition of many parts but we are a whole being that needs to be treated as such. We have a history that includes our birth, the type of work that we do, accidents, emotional trauma, abuse, stress, and even our eating habits. We cannot simply look at a small part of the body and say that this part works in isolation from the others. When a wholistic approach is used, I am able to better perceive the core issues. When the core issues are addressed, this work is usually significant and permanent.